We are so sad to announce that one of our dearest friends, Annette Funicello, has passed away at age 70 after a heroic struggle with multiple sclerosis.

“She lived her life with grace as she fought this debilitating disease.” said MS Hope Foundation Chairman, Tom Sherak.  “Those of us who knew Annette were privileged to know her and she truly was a guiding light for all those suffering from MS.”

Annette was a recipient of the “Dorothy Corwin Spirit Award” (named after the mother of MS Hope Foundation Board Member Bruce Corwin) for her efforts and support of the MS community. She was a dear friend to many of the MS Hope founding members and we are deeply saddened by her passing.

“Annette was and always will be a cherished member of the Disney family, synonymous with the word Mousketeer, and a true Disney Legend,” Bob Iger, Chairman and CEO of The Walt Disney Company, said in a statement. “She will forever hold a place in our hearts as one of Walt Disney’s brightest stars, delighting an entire generation of baby boomers with her jubilant personality and endless talent.” (FoxNews)

She was adored by the world as a charismatic icon and a poised beauty who lived a dream life as a Disney Mouseketeer and one of Frankie Avalon’s Beach Party babes.

Wherever she went, Annette lit up a room. She was a gracious and loving mother, and a jewel of a friend. She was truly America’s Sweetheart and our hearts go out to her former husband and our good friend, Jack Gilardi, and their children, Gina, Jack Jr. and Jason in this tough time.

“Jack, Annette, and the children have been long time supporters of the MS cause.” said MS Hope Board Member Madeleine Sherak. “Her courage and her family’s commitment inspires us to continue our efforts in the fight against MS.” 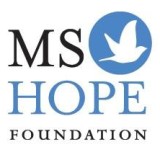 The Tom Sherak MS Hope Foundation is a game-changing, action-oriented, nonprofit organization that responds, with immediacy, to the needs of people with multiple sclerosis by supporting innovative, person to-person programs and services, and funding cutting edge research.